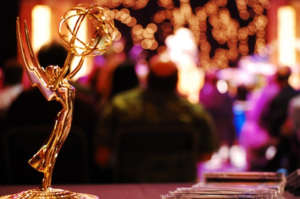 Minneapolis, Minn —
Billy McLaughlin celebrated the honor of receiving an Emmy the best way he knows: by giving back. On November 8, Billy held a special Emmy Award Reception Concert celebrating those people who in some way played a part in what led to his achievement. The concert included some familiar “Billy” tunes along with a sneak preview of his upcoming “Simple Gifts” tour. Grateful for the recognition, Billy paused momentarily to acknowledge those who supported him. His schedule, however, shows no sign of slowing down; nor does the anticipation of award-winning music he continues to produce, given what he previewed that evening.
Click here to read previous Emmy posts.

All photos taken by TJ Jensen