The Parkway Theater presents Billy McLaughlin and The Church of the Lost Souls featuring members of SimpleGifts and special guests – twelve consecutive Sundays, 4:30pm, February 14 through

Livestream viewing needs no ticket or reservation – we use a “pay-what-you-can” donation approach. Donate here! 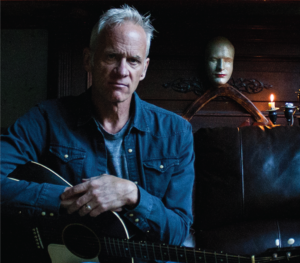 Jeff Arundel has mounted stages both tiny and large for forty years, singing wistful songs of romance, and funky stuff that belies his true wish to be Bill Withers. He has released seven records of (largely) original music, and in 2019 will release an eighth, called “Now We Go”. Jeff has won awards, been featured on various compilations, opened for Big Artists, and has traveled the world as a singer-songwriter, as a producer, and as a music director. He also founded the ground-breaking Lifestyle music label “Lifescapes” and was a co-founder of Compass Entertainment, at one time the Midwest’s largest independent concert promoter. Jeff performs with his band “The Hammsmen”, sometimes called “the most sensitive band in North America”. He regularly plays the Midwest, often with his lifetime musical brother Billy McLaughlin. Nostalgic, emotional, wistful, funny, edgier than you’d think, and maybe Better Than Ever. Now We Go!

What is Church of the Lost Souls?

It’s not really a church. And you don’t have to be lost or found to attend or tune in. But a new livestream concert series hopes to raise spirits and share the love beginning on Valentine’s Day. The Parkway Theater presents Billy McLaughlin and “The Church of the Lost Souls,” featuring members of SimpleGifts (versatile singers Kathleen Johnson, Karen Paurus, Amy Courts, Celtic multi-instrumentalist instrumentalist Laura MacKenzie) and cool Special Guests for 12 consecutive Sundays, beginning at 4:30 p.m. CST, February 14 through May 2, 2021. Special guests will play a 15-minute set mid-concert followed by closing numbers by Billy and the band. For more information on this new project and performances, click here!